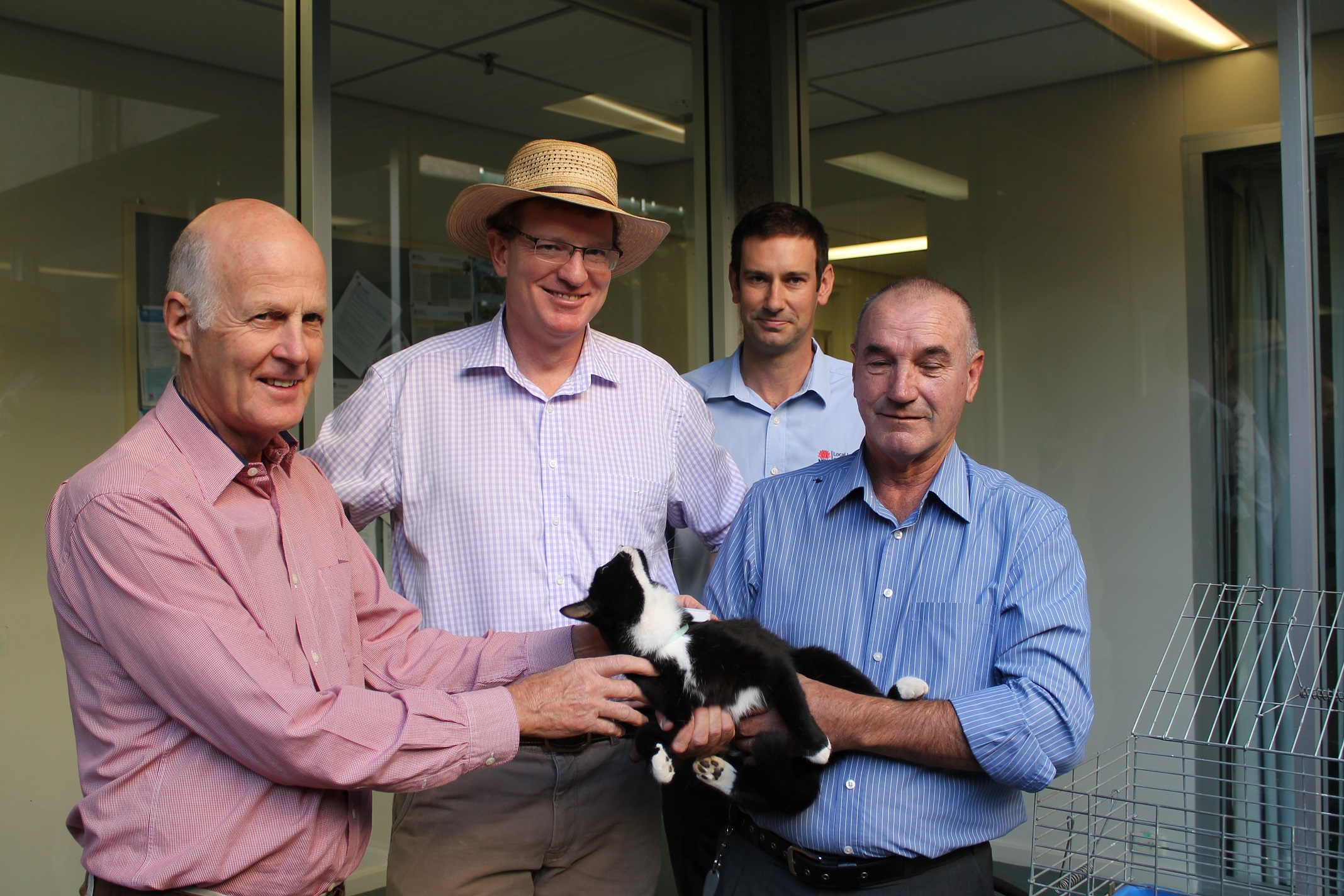 Orange’s cat-owners are being asked to sign up for a new awareness project which could reveal how far from home their pets are travelling at night.

The domestic cat tracking project, which is being funded through the Australian Government’s National Landcare Programme, will be carried out by the Central Tablelands Local Land Services with the assistance of Orange City Council.

Federal Member for Calare, Andrew Gee said the funding will allow the Central Tablelands LLS to deliver the program for community education and awareness of domestic cat movements in the area.

“These planned activities will build on the education, awareness raising and control program recently conducted by the Central Tablelands LLS in the Lithgow area. The program roll-out in Lithgow has encouraged participating cat-owners to restrict the times that their cats go outside,” Mr Gee said.

Orange City Council’s Companion Animals Committee chair, Cr Neil Jones, said the aim of the project is to educate cat owners and promote awareness of the distances that domestic cats can roam and travel.

“When this research has happened in other areas, many cat-owners are surprised to learn just how far their cat is travelling around the neighbourhood,” Cr Neil Jones.

“There are safety implications for the cat if they are crossing busy roads, so it will be useful information for the pet owner to know.”

Coordinator of the project for the Central Tablelands Local Land Services, Tim Nalder, said the educational project will kick off in Orange on Thursday, 2 March 2017.

“We want to attach a small GPS tracker to domestic cats for up to 11 days, to find out where the cats have travelled. The information downloaded will then be provided in a map to cat owners,” Mr Nalder said.

“Many people believe their cat doesn’t leave their own back yard. I would like to challenge people to become involved in the project to see where their cats actually go after dark or when they are not around.”

Cats participating in the program will wear a small motion-sensored GPS tracker which will be fitted to a harness. All of the materials required to track the cats will be supplied at no cost.

“We are looking for about 30 domestic cats and their owners to be involved in the program. We also welcome owners of cats from farms and urban areas on the fringe of Orange,” Mr Nalder added.

An information and registration session for those interested in being involved in the program will be held on Thursday 2nd March at 6pm at the HACC Centre, corner of Lords Pl and March St, Orange.

For more information on the project or to RSVP to the information and registration session, please contact Tim Nalder from the Central Tablelands Local Land Services on 6363 7873 or [email protected]